In this country, we have watched, and some of us have experienced, racism in its many forms for many years. The economic, employment, health, education, housing, technology, wealth (and on and on…) disparities exist and some may say (now that these are being brought to light in different ways) they are shocked by hearing this “news.” But to many people, these disparities are not shocking; they are real – they are a way of life. The impact of these disparities is felt each and every day. That they are brought to the surface – again – after the killing of George Floyd, however, seemed to be a wake-up call for many people – including many leaders.

These leaders understand that to change the systems of oppression, we must all be vigilant in our words and actions as we hold ourselves and those in positions of authority (myself included) accountable for our collective actions. In the last week, I have seen several references to “performative activism” and “keyboard activism,” both referring to the fact that, for some people, their words/actions will not be sustained. And certainly, there is reason to believe they won’t be sustained as this is not the first time we’ve been here. My fervent hope is that this time, with sustained pressure and action, especially from the often unsung heroes – these leaders – we will see positive changes for Black people in America. 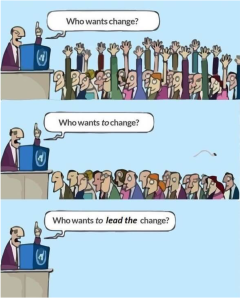